At 16:30 on August 3, a magnitude 6.5 earthquake occurred in Ludian County, Zhaotong City, Yunnan Province, with a focal depth of 12 kilometers. As of 7:00 on the 4th, the earthquake has caused 381 people to die, including 302 people in Zhaodian Ludian County, 1 person in Zhaoyang District, 66 people in Qiaojia County, and 12 people in Huize County of Qujing City. Security An industry closely related to human life safety, what role will security products play in the earthquake? From the security warning before the earthquake, the video surveillance in the earthquake rescue, the life detection, and the application of the remote disaster relief command system in the personnel rescue. Security provides technical support for the emergency relief work of the crisis.

The life detector works by testing the respiratory motion or movement of the subject. Due to the low frequency of breathing, generally 16 times per minute, it is possible to distinguish respiratory motion from other higher frequency motions. The principle of measuring movement is also roughly the same. Ultravision Security Systems' antenna is one of two types of Mars geodetic radar antennas designated by NASA. It is capable of capturing very faint motion with a keen algorithm, and is a safe life-saving solution. The best helper in the department. In the search and rescue of the Wenchuan Earthquake in Sichuan on May 12, 2008, experts from China and around the world used life detectors to detect and rescue tens of thousands of trapped compatriots. 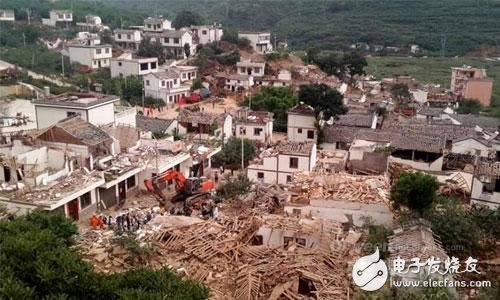 1. The infrared life detector can withstand the harsh conditions of the rescue site, and can search for life in the smoke, fire and dark environment after the earthquake. The infrared life detector detects the heat of the body of the victim. The optical system focuses the received body heat radiation energy on the infrared sensor and converts it into an electrical signal. After processing, the infrared thermal image is displayed on the monitor, thereby helping the rescuer to determine the death. The location of the person.

2. Audio Life Detector The audio life detector uses the principle of sound waves and shock waves. It uses an advanced microelectronic processor and sound/vibration sensor to collect all kinds of vibration information and detect various sound waves with air as the carrier. Vibrations with other media as the carrier, and non-target noise waves and other life detector background interference waves are filtered to quickly determine the location of the trapped person. The high-sensitivity audio life detector adopts two-stage amplification technology. The probe has a built-in frequency amplifier. The receiving frequency range is from 1 to 4000 Hz. After receiving the target signal, the host upgrades and amplifies again. In this way, it can determine whether life exists by detecting audio sound waves and vibration waves generated by weak underground, such as trapped, shouting, crawling, and tapping.

3. Radar life detector is a life detection device that integrates radar technology and biomedical engineering technology. It is mainly made up of the reflection principle of electromagnetic waves. By detecting various micro-motions caused by human life activities, information about breathing and heartbeat is obtained from these micro-motions, thereby identifying whether there is life. Radar life detector is the most advanced life detector in the world. Its active detection method is not easy to be affected by temperature, humidity, noise, on-site terrain and other factors. The continuous emission mechanism of electromagnetic signals increases its regional detection. The function.

Telemedicine helps rescue after the earthquake

The telemedicine system is a combination of modern communication technology, medical imaging technology, multimedia technology and network transmission technology, providing long-distance medical information and services, including remote diagnosis, remote consultation and nursing, distance education, telemedicine information services and other medical activities. The telemedicine system realizes the connection between the multimedia communication system and the hospital medical information system at the business level; realizes the interconnection of video, audio and data and medical services of each alliance hospital at the functional level; realizes the operating room, medical training room, diagnosis and treatment at the application level The room, the radiology room and other departments are fully interoperable. In recent years, the state has attached great importance to telemedicine applications, and has continuously increased reforms and investments in the medical field, making telemedicine a very important vertical market for the professional audio and video industry. 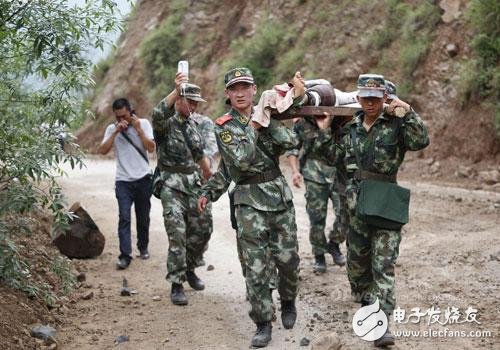 The video surveillance system provides a large amount of first-hand on-site information for emergency command during the earthquake-resistant process. In addition, the wireless video transmission system is also an assistant to the rescuer. It not only takes pictures where people cannot enter, but also returns images in real time, and can realize remote consultation when rescuing injured people.

Multispectral aerial photographs are available from aeronautical multispectral scanners with much more information than single-band aerial photographs. The aerial side-view radar emits microwaves from the side of the aircraft. After encountering the target, its backscattered return pulse is scanned and imaged on the display and recorded on the film to produce a radar image.

In the earthquake, remote sensing aircraft is equivalent to a "digital camera", capable of continuous real-time shooting of local disasters through aerial work.

AC Contactor switch mainly used for making or breaking circuit at a long distance, suitable for controlling starting\stopping\reversing of AC motor. AC Contactor of korlen conforms to the requirement of IEC60947-4-1& GB14048.4 standards.