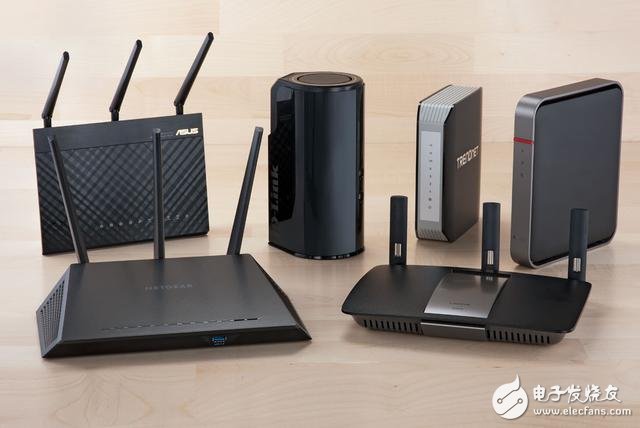 Since the Wang Chuyun team began to transform the router in 2011, a new generation of intelligent routers with open source platforms and third-party application plug-ins as the core concept has continually stirred the investment market and fever geeks.

Since 2013, smart routers such as Xiaomi Routing, 360 Router, Xiaodu Routing, Huawei Glory Cube, and Ali Tianmao Magic Bar have appeared on the scene. In 2014, the smart router market added new recruits. For example, Ziguang shares into the router industry, and its subsidiary Ziguang Zhuoyun released the Ziguang Mywifi router. Haier also announced that it has joined the smart router market.

So many smart routers in the domestic market, what is the difference between them? Where are the opportunities for new entrants? Where will the future smart routers develop? Jin Leili, general manager of Ziguang Zhuoyun, recently accepted an interview with Tencent Technology and talked about his views.

Jin Leili believes that smart routers will play a very important role in the future. For example, smart phones will have WiFi on the light bulbs, and smart routers will become the signal control center in the entire smart home. Smart routers can also help with attendance.

Ziguang Mywifi is a new recruit in the smart router market. In comparison, it is at least one year late with the polar routing, Xiaomi routing, and 360 routers on the market. Ziguang Zhuoyun was also established when Ziguang was to be a cloud strategy in 2013.

Talking about these routers on the market, Jin Leili pointed out that each family is very different. For example, the polar router has been using OpenWrt's operating system. The underlying architecture is an operating system that can be found online. Ziguang Zhuoyun has also tried to use it. OpenWrt system, but OpenWrt system has problems with stability and security, and subsequent continuity is limited.

Ziguang Mywifi adopts Broadcom's native operating system. It does not change the system, but adds cloud shell, which is more stable. Its â€œgreen signal adjustmentâ€ can automatically adjust the router signal size according to the distance between the device and the router. Ziguang Mywifi has an application store built in, which can directly download and update software, as well as temporary visitor functions, so that friends do not have to enter a password to access the Internet.

Another notable feature of Ziguang Mywifi is that it has made a large number of targeted customization development for enterprise users in the enterprise-level user market, such as Ziguang Mywifi. For example, Wifi attendance function, users can automatically achieve attendance records within the Wifi range, and the boss can always check whether the employee is in the company and when to leave.

Relatively speaking, Tsinghua Unisplendour has a good technical accumulation, but also a long time research and development, but compared to the extreme routing, millet routing, 360 router, the biggest shortcoming of Ziguang Mywifi is lack of marketing. Jin Leili sighed straight: the wine is also afraid of the deep alley.

Jin Leili said that most of Ziguang Zhuoyun is a technology research and development personnel, unlike the polar routing, Xiaomi routing, 360 router products have not yet launched, has been the first to win, and has begun pre-sale on the Internet, Ziguang Mywifi also needs Internet thinking.

Standards do not unify the router to gain entry strategic position

In the past years, routers have been in a quiet corner and are not valued by people. But when routers are strategically placed as smart homes, when they are full of imagination, it is inevitable that companies will occupy the card slot of the future home network.

However, in Jin Leili's view, whether it is Ziguang Mywifi, polar routing or Xiaomi router, the applications are not the same, and they are not competitive with each other. The real opponent is the traditional router. Various smart router vendors are cultivating the market together. The real thing for each family is to develop some applications that cut the pain points of users and solve the real needs of users.

Jin Leili believes that for Ziguang Mywifi, the temporary lack of Internet thinking is not fatal. What is really important is that it will take advantage of Tsinghua Unisplendour's cloud terminal and cloud service to win its own world.

This view is not difficult to understand. Although the smart router market is very hot, it accounts for a small proportion of the entire home router market. A large number of users are still using non-intelligent routers provided by traditional vendors such as tp-link.

The problem caused by the inconsistency of standards is that, as Xiaomi occupies a highland through his own standards, he may follow the millet as a light bulb, but the power switch does not follow Xiaomi. Xiaomi still cannot complete the overall unification of the smart home experience.

Jin Leili said that the unification of smart home industry standards will take at least three to five years, which will be a relatively long time window, giving Ziguang Mywifi, polar routing, Xiaomi routing, 360 router opportunities, and ultimately who is dead. .

1.The energy ratio is higher. With high storage energy density, it has reached 460-600wh /kg, about 6-7 times that of lead-acid batteries.

2.The working life is longer, it can reach more than 6 years, and the battery with lithium ferrous phosphate as the positive electrode and charged with 1C DOD  has a record of using it 10,000 times. 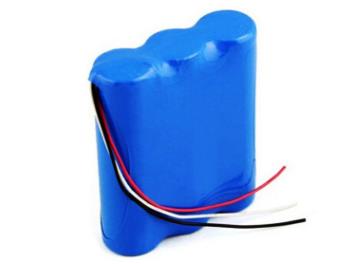 Secondly ,the advantage for li-polymer batteries as :

1.No battery leakage problem, the battery does not contain liquid electrolyte since it uses colloidal solid

2.The battery can be designed in many shapes

3.It will have twice the capacity of a lithium-ion battery of the same size

4.Can be made into a single high voltage: liquid electrolyte battery only with the number of cells in series with high voltage, and the polymer batteries as there is no liquid itself, can be made within the single star into multilayer combination to achieve high voltage.