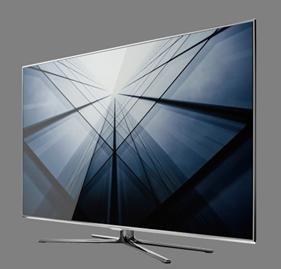 The four-year World Cup kicks off soon. It is not only the fans but also the TV manufacturers. The festivities of color TV promotions in Wuhan home appliance stores were finally ignited by the upcoming World Cup competition.

Elements of the venue introduced into the store Yesterday, the reporter saw in the Sun TV shop on the third floor of Suning Zhongshang. The store was carefully decorated with the theme of the World Cup. A small goal was set at the entrance of the elevator, the flag of the team was hung on the head, and the salesperson had a uniform for promotion. The dynamic music is full of the atmosphere of the World Cup.

Various color TV manufacturers have also watched the World Cup cake, Changhong, Hisense, Skyworth, Samsung, Sharp and other specialized released a variety of "World Cup TV." The "watching artifact" high-definition television launched by a domestic brand has a built-in "fan channel" and televisions for different audiences such as office workers and singles.

4K television into a promotional focus "Home TV was bought six years ago, only 48 inches, would like to change the 60-inch 4K TV to watch the game, this is fun." In the United States and South China store, the fans said Mr. Wu, long ago In the phase of a large-screen ultra-clear TV, intends to buy a World Cup promotion. "The 4K version of the first three games offered during the World Cup in Brazil will bring a huge boost to the sales of 4K TVs." Guo Guochang, director of Gome TV, said that the new products on the market are almost all 4K TVs. The focus of promotion is that the price is only 20% more expensive than ordinary flat-screen TVs after diving.

Sun Fan, manager of Suning's black-and-white sales management department, also stated that the previous generation of LED TVs has been available for seven or eight years, and it has also been replaced by the television in the living room. Many sports themed restaurants, bars, etc. also have the need to replace large-screen TVs. "Under the spur of the World Cup, TV sales are expected to grow at least 30% year-on-year."

Business promotion is mostly Shantou "stores pay so much attention to the World Cup promotion, but also out of concern for the market after the end of energy subsidies." Guan Fan said that the energy-saving subsidies have the largest impact on the color TV industry, before the end of the policy in June last year, the business promotion , Advance overdraft potential purchasing power of the market, "in order to ensure the traditional peak season sales of color TV in September, all manufacturers have warmed up the market ahead of the World Cup."

Businesses are enthusiastic about promotions, and citizens are also spending cool. Liang Zhenpeng, an experienced home appliance industry analyst, said that 4K TVs still face the problem of scarce film sources. The so-called â€œWorld Cup custom TVâ€ is just a gimmick for business promotion. â€œIt is a big screen, smart TV, picking out and watching the ball. Related to the quality, playback, interaction and other functions." Consumers are best based on their actual needs, rational purchase.

Patented connecting piece, and hang pin rotating at 120 degree to lock the case, and gap adjustable to ensure the seamless screen, and rapid installation and removal supported. Only 1/4 of installation time compares with traditional structure.

It can be installed without taking the space for maintenance channel into consideration, thus improving your work efficiency.

Support front service, modules can be taken out without opening the back door,power suppliers are fixed without screws.