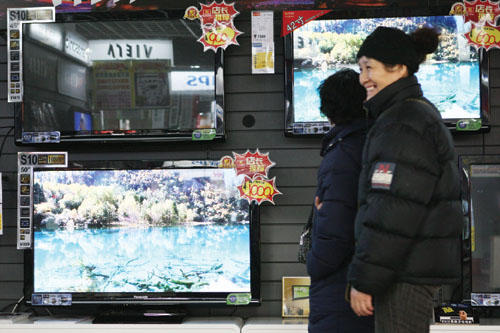 Smart TV has become a shining light in the flat panel TV market in 2011. Samsung, Skyworth, Konka, Hisense, TCL, Changhong and other domestic and foreign traditional home appliance manufacturers have introduced new products. IT giants such as Apple, Lenovo, and Intel are also looking into the smart TV field. Google, as an internet giant, built its smart TV system platform Google TV as early as 2010. According to data from CCID Consulting, Chinaâ€™s smart TV market is accelerating in the second half of 2011. It is expected that the annual sales scale will exceed 3 million units, and the penetration rate in flat-panel TVs will reach 9.2%, and the output volume of Chinaâ€™s smart TVs in the next 3 years The average annual compound growth rate is expected to reach 65.1%, which means that smart TV will soon become the protagonist of the global television market.

It is very likely that Apple will bring a new round of revolution to the global smart TV market in 2012.

Before the advent of smart TV, it seems that IT companies such as Google and Apple have no connection with traditional home appliances, but today they have become leaders in the global smart TV boom. Different from TV in the traditional sense, Google TV is not a specific TV, but is a smart TV platform based on Android system and integrated web search function. Due to the open source nature of the Android system, the appearance of Google TV has greatly promoted the development of smart TVs. At the same time, Google TV has also interpreted the new user experience of smart TVs. Users of Google TV can freely and flexibly control the content viewed on TV and can Use search, web browsing, Android market application downloads and other new features.

When it comes to Google TV, we must mention the products of Apple. Although we recognize that Appleâ€™s smart TV products come from various media channels and do not see substantial products, including prototypes, we can easily understand the future of smart TVs, taking into account the revolutionary changes Apple has brought in the smart phone field. mode. According to the forecast of all parties, Appleâ€™s smart TV may be launched in the second half of 2012 and integrate new technologies such as iCloud cloud computing service and Siri voice control. Apple is very likely to bring a new round of global smart TV market in 2012. revolution.

The crowds can hardly conceal their development difficulties

In the future, the resolution of many technical problems in smart TVs and the improvement of ecological chains need to be actively promoted by the industry.

The prosperity of foreign smart TV market has greatly stimulated the enthusiasm of domestic TV manufacturers, and they are committed to the development and promotion of smart TV. In the first three quarters of 2011, more than 130 new smart TV products were listed on the Chinese market, which greatly exceeded the number of new products listed in 2010. At present, mainstream smart TV brands in China include traditional TV manufacturers such as Hisense, Konka, Haier and Changhong. These companies have strong technical strength and brand influence to ensure that they have an advantage in the competition in the smart TV market. However, we also clearly see that smart TV products in the current market are still lagging behind and can only be called the upgrade of Internet TV before. The future of smart TVs, the solution of many technical problems and the construction of ecological chains need to be actively promoted by the industry.

2012 is the year of smart TV revolution

The sound and orderly development of the smart TV industry in China needs to start from four points.

In 2012, China's smart TV will enter a period of rapid development, and will also enter the most critical year of change. The rapid development of the industry will also drive deep market reshuffle. On the one hand, Apple is very likely to release a new generation of smart TV product iTV in 2012. Whether this product will revolutionize the industry like the iPhone, we will wait and see. On the other hand, at present, there are still many problems in the domestic smart TV industry that hinder the development. No matter whether it is a product program or the application and content provision, it will not give too much confidence to the current market. If we look at the market environment, the policy issue is the most critical factor hindering the development of China's smart TV. Smart TV will bring substantial progress to the integration of China's triple play network, and this kind of thrust entirely comes from the camp of Internet companies and traditional TV manufacturers, if not Changes in key policies such as broadcast control of content, application auditing, etc., China's smart TVs in 2012 will still be muddy. Of course, judging from the technology and model, there are still many issues that China's industry needs to solve, which needs to be synchronized with China's characteristics. However, with the precedent of smart phones, I think it should not be too difficult.

In short, the healthy and orderly development of China's smart TV industry needs to proceed from the following points: First, strengthen industry collaboration and formulate a unified smart TV industry standard. At present, companies such as Hisense, Changhong and TCL have already made efforts in this area. Second, from the national level, major industry players are organized to jointly develop smart TV operating systems and provide policy and financial support. Thirdly, with the focus on functional innovation, the content and services of smart TVs will be enriched and an open resource service platform will be created. Fourth, pay attention to provide users with simple, human, and convenient user experience and enhance product interaction design.