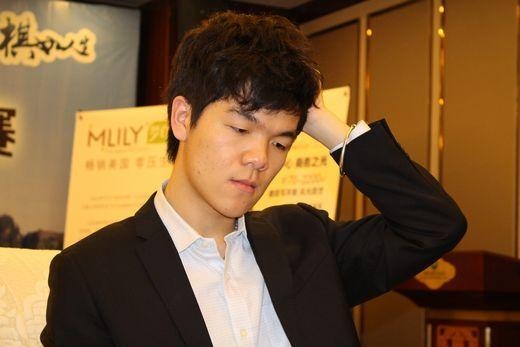 According to the latest news, GoRatings, the worldâ€™s professional Go ranking website, recently announced the latest world rankings. Ke Jie, the Chinese player who ranked first in the world for 24 consecutive months, was finally overtaken by Googleâ€™s artificial intelligence robot AlphaGo. As of today, AlphaGo ranks first in the world with 3612 points and has finally surpassed all human beings. 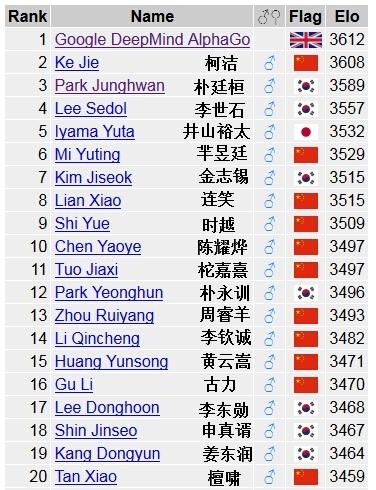 As shown above, the current Ke Jie ranks second in the world with 3608 points. The Korean player Li Shishi, who had previously lost 1:4 with AlphaGoâ€™s â€œman-machine warsâ€, finished fourth with 3557.

It is understood that according to the rules of Goratings World Go Ranking, if a newly added player wins only, it cannot be counted in the official ranking. AlphaGo had just lost a set of Li Shishi, which gave AlphaGo the opportunity to be ranked in the rankings, and has been ranked second in the world.

On the other hand, the Goratings rule requires that the two parties that had previously played against each other, if their opponent's points change, their own points will be adjusted accordingly. AlphaGo had previously defeated Li Shishi with 4 wins and 1 loss. Therefore, as long as Li Shishiâ€™s points increase, AlphaGo will also follow suit.

The reason why Ke Jie's ranking dropped was because of the poor performance of Jin Libei's cross-strait world championships in recent days. Victory Zhou Junxun, negative Shi Yue and Tang Weixing, this gave AlphaGo the opportunity to be called the world's number one.

However, this ranking may also change in the future as Ke Jie meets AlphaGo.

On the 4th of this year, Yang Junan, Party Secretary of the General Administration of Sport of China General Administration of Sport of China, and President of the International Go Federation, revealed at the drawing ceremony of the Wuxi World Go Amateur Championship that the China Go Association and Google have made preliminary contacts and both parties have arranged one person at a time. The ultimate will of the machine. If nothing else happens, Ke Jie will conduct a "final man-machine war" with Alpha dogs during the year.

At that time Ke Jie also responded and is expected to face AlphaGo during the year, but the specific time, location, and details of the competition have not yet been determined.

However, the subsequent news was denied by Hasabis, the father of AlphaGo.

Whether we can usher in the exciting "final man-machine war" between Ke Jie and AlphaGo in the future, let us wait and see.